I exist to be manifested in all things.
I am indisputable.
I belong to the Past, Present and the Future.
…I am Reality. (Sifu Saleem)

Ideas, attitudes and perception all have a role in our assumption of reality. One of the most misconstrued states is the state of reality. A mountain of inherited myths adds to the clouded perception of what reality is. Over a period of time, one begins to reflect their external environment far beyond their internal understanding of reality. Reality requires knowing, … knowing requires experience, and experience requires reason. In order to have understanding, you must be able to place a “thing” into a category. To have knowing, you must have experience with that thing or knowledge of that thing. Reason is the filter which allows taking certain steps to arrive at a conclusive interpretation of reality.
Reality is birthed through ideas. When an idea is adopted, at that very second, your degree of reality has been adjusted. The adjustment could impact your entire perception and interpretation of reality. So, what is reality? …It is anything and everything that we assume to be real. In other words, reality is whatever we believe, from the monster under the bed, to having the ability to fly to the moon. Limit your dreams, ideas, and influences, and you limit your reality.
The mere thought of having, doing, or being creates a level of desire that activates a vibration that attunes us to a reality. This vibration of the desire stimulates our creative soul and arouses within us not only in the physical, but also mental, emotional and spiritual levels. It also arouses energetically in our external environment for a means to accomplish and express itself as a possible reality. Just a thought can draw the physical body into relationship with sensory information and conceptual imagery that craves to be expressed. All great accomplishments are a product of our conceptual imagery. Conceptual imagery has a direct connection to our sensory receptors, the absorption from which feeds our realities. With an idea, your physical body will respond as though it is a reality. To name a thing is to categorize that thing, which also places that thing into a certain idea/reality which eliminates or solidifies and magnifies the possible reality of the thing. This process of categorizing gives us the ability to create the reality we desire. We believe and focus on reality. Reality is ever adaptable and can be totally submissive to our expectations, understanding and needs.
Because of the potential for possible multiple realities, man will forever strive to understand or comprehend his place in reality and to reach an elevated knowledge and acceptance of the universal multi-dimensional truths and realities that are outside of the acceptance of possibilities.
Therefore, man must gradually elevate his acceptance of what is true in spiritual existence and vibrational energetic reality. Man must break out of physical perceptions and go beyond his bondage of physical containment. The mind must be elevated to the realities of Oneness and energetic unity that permeates the entire Universe in pure consciousness.
Reality is a complex, yet simplistic network that overlaps in layers the thought process of an individual based on his acceptance and interpretation of his experiences. The duality of self is one reality that man must explore. Such things as social realities or physical, or functional realities impact our social consciousness nudging us on the path of growth and development through a perceived interaction of mental, physical and emotional stimulation of our interpretation of life’s experiences. Life experiences are waning and waxing. In this sea of conscious/unconscious state of metamorphosis, the battle for reality is fought mainly by the conscious mind. This is sometimes called the logical mind. Reason must find its intellectual equilibrium in order for reality to manifest and be used to estimate the relative weight of importance of the stimulus.
The conscious mind is alert and interactively discerning in all the thought processes which give birth to our comprehensive actions. You can decide if you want to focus your attention on an action or not. However, keep in mind that all outside activity that is witnessed has a subliminal impact on your inside activity (mind) to the degree of your understanding. This means all things you witness will shape or reshape your reality, truths, and perceptions, to assist you in finding balance in your mind’s comprehensive digestion of reality. Some believe that reality, truth, and perception are all the same, yet reality reflects an individual’s experience and acceptance. Perception is an individual’s viewpoint, which is supported by clear vision, knowledge of the subject, and belief in the subject. Perception can exist without it being based in reality. Reality can exist without the understanding of truth. Truth is. 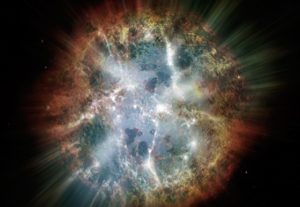 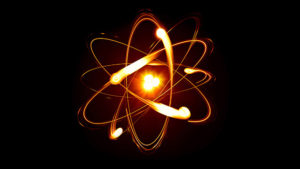