Grand Master Sun Lu Tang, the founder of Sun Style tai chi, combined the essence of tai chi , xing yi, and bagua to formulate the unique fighting style of Sun tai chi. The Sun style is considered one of the four major styles of tai chi and is widely practiced throughout China and also in America, where it is lesser known.  By all accounts, Sun Lu Tang was an extraordinary man. Born in 1861 in Hebei Provience, Sun was the child of a poor farmer. Sun’s father, recognizing the boy’s intelligence, wanted to provide him with a good education. Unfortunately, he could only afford two years of formal schooling for Sun before he lost everything to poor harvests and the Qing dynasty’s oppressive taxes

Here the young Sun’s life begins to resemble a Kung Fu movie. After his father’s death, sun, a small and frail seeming child, went to work as a servant for a cruel master with an even crueler son. The young boy worked hard and silently endured the beating until one day, while out herding sheep, he saw a group of men practicing martial arts. The rest, as the saying goes, is history.

He studied for about three years with a Shaolin master named Wu who was quite impressed with the boy and taught him quickly. When Sun’s mother heard that he was studying Kung Fu, She at first objected, afraid that he would hurt himself. Then she saw how much healthier her formerly-sickly child looked and give her blessing to him to continue his studies.

One fateful day, Sun finally beat up the bully’s bigger, stronger, even meaner cousin and lost his job. He and his mother went to live with a kindly uncle who owned a calligraphy shop, and here Sun’s luck finally took a turn for the better. He could practice the calligraphy he learned during his two years of formal schooling, and practice the martial arts. His uncle, a prosperous businessman, introduced him to two men who were to prove very important to the youth: a scholar named Zhang who was to become Sun’s father-in-law and who helped Sun continue his academic studies, and Li Kui Yuan, a master of the art of Xing Yi Chuan.

Sun Lu Tang’s introduction to the internal arts through Xing Yi Quan might well be considered the true beginning of his career in the martial arts. And “career” best describes it: for the rest of his life until his death in 1933 at the age of 72, Sun Lu Tang studied, taught, lectured on, and wrote about the martial arts. He is credited with writing the first book available to the General public that grouped Xing Yi, Bagua, and Tai Chi together as internal arts. The same book, Xing Yi Quan Xue, or The Study of Form-Mind Boxing, is also considered the first written work to point out the connection between martial arts the I Ching, and Daoist philosophy.

Sun Lu Tang, through the careful reasoning, depth of thought, and literary merit evident in his published works, elevated the martial arts to a field worthy of serious academic study. Nothing demonstrates this better than his development of Sun-style Tai Chi Chuan.

Though Sun-style Tai Chi Chuan is a young style, as Kung Fu style go, it is now considered one of the four major styles of tai Chi Chuan. One reason is for its quick acceptance is simple: Sun-style Tai Chi works. Another reason may be respect for the man himself. Sun Lu tang lived, studied, and guided martial arts at a crucial point in the its development.

Centuries of secrecy, of patriarchs teaching the family style only to other family members, of the masters withholding techniques from all but a very few senior students, of a body of practitioners who were generally illiterate farmers wanting merely to protect themselves from bandits, had resulted in a body of knowledge that was mostly oral and anecdotal. In addition, the persecution of the fighting monks of the Shaolin Temple further reduced the number of martial artists who were literate. Little was written down, and few were able to read what documentation did exist. The martial arts were shrouded in secrecy and suspicion.

However, the end of the Qing Dynasty found a country sorely in need of the healing qualities of Kung Fu. Years of grinding poverty, opium addiction, and national humiliation after national humiliation at the hand of the Europeans and the Japanese presented the new Republican government with a dispirited, unhealthy populace, known by the unflattering term, “the sick men of Asia.”

Sun, and other top martial artists, were invited to teach martial arts in the schools. Sun himself taught in Beijing, Nanjing, Shanghai, Suzhou and Hangzhou. In the belief that the martial arts should be practiced first for health and personal development, not to learn to fight he was the first to offer a martial arts course to a women.

Sun Lu Tang’s research into the martial arts did more than result in the creation of the Tai Chi style that bears his name at the same time he was revolutionizing the academic world’s conception of the martial arts, he was revolutionizing the academic world’s conception of the martial artist, Sun Lu Tang, through word and deed, elevated the martial artist from unlettered ruffian, best suited to performing on the streets for money or running a bodyguard service, to the position of gentleman and scholar. It is a position marital artists still enjoy today-but we must remember the honesty, hard work, compassion and intelligence of the man who first earned such high regard. It is through emulating Sun and master like him that we will continue to prove the value-both intellectual and physical-of the discipline we called Kung Fu. 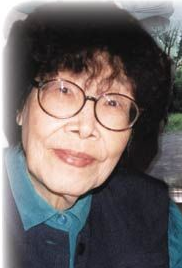 Sun Jianyun, is the daughter of Sun Lu Tang, who was a famous Wushu master and the founder of Sun’s Taijiquan. She was born in Wangdu, Hebei Province, in 1914 and passed away in 2003. She undertook her family tradition, and had the essences and soul of Xingyiquan, Eight Trigram Palm and Taijiquan. Following her father, Sun Lutang, she had taught Taijiquan in the Wushu gymnasium of Juangsu Province. She had held the posts: deputy president of Beijing Wushu Association, director of Beijing Sun’s Style Taijiquan Institute, honored director of Xingyiquan Institute. Her works include The Records of Sun Lutang’s Learning Military, Sun’s Style Taijiquan, The Simplified Routine of Sun’s Style Taijiquan, Xingyi Sword, and Eight Forms of Xingyi.”

Sifu Kwong Wing Lam was born in Canton and began his training in Chinese martial arts in Hong Kong at age eight. He began his studies in Tai Chi. But because of its slow movements and focus on meditation rather than physical activity, Tai Chi was a poor choice for one of his age. After about six months he lost interest and quit. A year later he began studying Southern Hung Ga from Master Chiu Chao and his son, Master Chiu Wei. In this style Sifu Lam discovered the fun of practicing Kung Fu.

This traditional Kung Fu training was taught in a very strict manner. Techniques and movements of a set were taught step by step, with the student practicing on their own to master the movement and understand the concepts behind them. No new material would be shown unless the student could master the previous lesson.