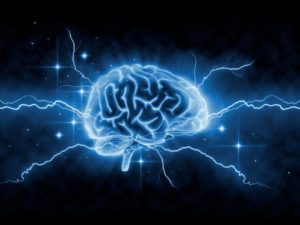 stillness and motion is a progressive process that directs and contains thought motions and gestures in an abstract configuration of geometrical shapes.  In doing so, this will lift mental processes, to include emotional intelligence, into an alchemy of sacred geometry.  Motion and movement are slaves to thoughts, which in turn, are enslaved by perception.  This fundamental linkage runs through and within all physical and nonphysical multifaceted mathematical equations of motion.  Aspects that are combined into this process are movements, expressionism, distance, speed, time, position, height, angles, and length.  All are related as essential calculation tools of this formula.

While applying reason to an unpredictable situation and unreasonable actions, our thoughts unify the purposes of energetic synergies for the particular effect of a decisive factor.  Mental conceptions and representations of the perceived stimulus are achieved by careful calculations and observations which dominate the realm of creative possible responses.  The probabilities of occurrences and values associated with each action create a thought pattern which gives birth to action/movement, stimulus and response.  This state of mental and physical adaptability merges movement and thoughts with actions to produce mental imagery in the physical.

While staring into a void of infinite possibilities that unite, split, and divide unconquered thoughts which are lying in wait for the thinker who thinks unthinkable thoughts, sensitivity allows seeing binding energy as the true sum of the nucleus.  This expands calculations of the quotient that’s expressed in degrees of motion and movement. The top becomes the bottom, and bottom becomes top, yet the center holds true to fluid dynamic forces of separation and integration, the undivided elements that are synonymous with opposing sameness   This symbiotic  relationship of integration between motion and movement can produce displacement upon sensory processes, consciousness, and all related aesthetics of the psyche.  Within this state of mind, action and movement coexist in this ideology.  Understand that every movement has a success which communicates itself in a language of elements, making the resulting expression a quantified prediction based upon preceding habitual thinking.

The unpredictability of expansiveness reflects the ratio of actual 0ccurances to the number of possible occurrences,  not only within movement and motion but also in shape and size.  Thoughts on the containment of possibilities that are not yet realized, the perceiving of physical interactions though sense perception, while giving birth to emotions of thoughts, stimulates the creative processes and elevates mind expansion out of elementary functions.  True perspective reduces instinctual finite equations that are subject to limitations of a narrow gauge.  Motion and movement imply calculated risk of imagined probabilities.  Perception leads us to absorb, and to absorb fosters calculating, calculation leads to action or movement, and to move is to reveal intentions.

Within this thought exchange its necessary to exist in a state of transfiguration that wakes up senses, making enemies of conformity, while subduing “cause and effect” reasoning of complex variables that percolate in thought substance.  The instinctual and habitual battle for expression of relative worth with reason is found in this fusion of the invisible/visible.  In this realm of thought plasticity, the subjective and objective, the cause and effect, must yield to the spiritual forces of doing/ not doing,  gently yielding action to the harmony of concentrated thought.

2 thoughts to “A Brainstorm of Possibilities”